In the 1970’s, Dick V. entered in October of 1971. He maintained unbroken sobriety from his treatment here until his death in 2008. He married a professional counselor Sue R., who has provided volunteer tax preparation help to our residents over the years. Dick organized and led a very useful AA meeting at the Mt. Airy Men’s Shelter for at least 20 years, and many men date their awareness of this disease to that meeting. Dick died a much honored and much loved man.

When Vince S. came to us in November of 1975, he was so physically ill that when he got here we had to send him straight to the VA hospital (he was a Marine Veteran of the Korean War) where he spent a month before returning to begin treatment. He maintained continuous sobriety until he died in 2008. He had a good head for business and became a highly skilled, well-organized administrator. He worked for us for awhile, post-treatment, and then went on to be the director of the first CareUnit Hospital on Queen City Avenue, moving up the corporate ladder to the high point of being in charge of all the Care Units west of the Mississippi. When the CareUnits declined, Vince came back to where he had been imprinted with recovery, to Greater Cincinnati, despite being a real Boston Irish guy. He ran the S.O.S. House in Hamilton until 2004, and helped hundreds of people get in to real recovery. He was a powerful advocate for the treatment of alcoholics, and he was well-loved and much missed.

In the 1980’s, Henry M. came through the House in January of 1983 and was a quiet, peaceful, effective older African American, who helped organize and participated in an informal support group for African Americans active in AA. Several men would agree to meet for supper, then go to the same AA meeting afterwards, and then discuss the content of the AA meeting. At Prospect House, in 1988 when we first created the Black Support Group, Henry was selected as a volunteer facilitator of the group. The group’s purpose is to create a safe place for discussion of culturally specific issues, so that ultimately its members could feel free to access mainstream AA. After a few months, Henry retired from this group and Roger Zellars took it over and has been guiding it ever since. Henry’s help at the beginning will always be remembered, as will his continuous sobriety until he died in the early 1990’s, in his 70’s.

When Andy G. came to Prospect House, his only asset was a rap sheet about as long as his arm. After he underwent treatment at Prospect House, he stayed on, in Three Quarter Status, finished a GED, and began college. In his Junior year, he moved out and lived in a Clifton apartment as he went about studying for his degree. He stayed close to the House, and when he graduated, his parents threw him a nice party at Prospect House, where the men celebrated with him, and watched the TV coverage of the graduation, a Channel 19 special feature on Andy as a success story. He was the only graduate that day with his own TV crew! After graduating, Andy began work as an educator for various local social service agencies, including AVOC, now called Stop AIDS, where he did very successful outreach work calling on his music knowledge, street smarts and DJ skills. He very generously volunteered his time and energy and skills to Prospect House over abut a 15 year period, doing many dozens of our events in that time, including all but the last two of our huge Prospect House June Picnics. He now runs his own business, remains in good recovery, sponsoring others and continuing the outreach his sunny disposition impels him toward.

In the 1990’s, Jim S. entered Prospect House in December 1994. When Jim, an attorney, came to us, he had advanced liver disease and his appearance was such that his doctors gave him only months to live. Another successful collaboration with the VA restored him to physical health, and an extended stay here set him up to begin his law practice again, and to become a much-used and much-trusted legal consultant to us. He also works for the Public Defender’s Office, is an intelligent, effective interface between Prospect House and the county Drug Court, and he continues to work with other impaired attorneys. He currently serves on the MHRS Board, our major funder and he is a reliable,eloquent advocate for the proper treatment of Alcoholism. His sobriety is continuous.

In August of 1995, John E. came to us a few months after Jim S., also professionally trained, with an M.B.A., and with an impressive past resume, having run departments in various local banks, and having worked at an administrative level in the hotel business. None of that skill and experience availed him the ability to not drink, until he experienced our treatment program. After staying a good long time (2 ½ years), and after having successfully reentered the ranks of management in the restaurant industry, we approached him in 2002 about coming back to work with us as a Development Director. Sadly enough not much time elapsed before our comptroller, John Nurre, was diagnosed with cancer and died within that year, and so it was that John was prevailed upon to shift gears, to become the CFO and to devote whatever spare time he had to development. He has been very successful, attracting family foundation donations, organizing a golf outing, managing our St. Lucia raffle, and adding a professional polish to our apparently homely (or homey, if you well) style. He is still very much a part of the Prospect House management team, and his sobriety is also continuous since his admission here.

In March of 2002, Scott H. entered Prospect House. When Scott came to us he had more than a few legal problems, which he worked through, with a good attitude and good help from his counselor. When he was put into Phase II we noticed how many things he knew how to do. He had training in landscaping, was a good carpenter, and seemed to know how to do wiring and plumbing as well. We tried him out as an assistant maintenance man, and it was not long before he became the head of the maintenance department, responsible for not only helping an aging collection of buildings withstand the onslaught of time and the hard use many youngish men give these buildings, but also for beautifying and improving the look of the yards and of the buildings themselves. The very best maintenance man ever and also a man who has maintained continuous sobriety since 2002.

When Todd V. came to us in February of 2002, he was unemployed, physically ill and chronically undervaluing himself and his prospects. He was a trained engineer, but had not done such work for many years. He had to disentangle himself from a difficult relationship, and he gradually began to climb back up the work ladder, to the point where today he lives in Wisconsin, runs his own department in an engineering firm there, and has married again, this time to a wonderful recovering woman he met in the program. He comes back periodically to visit, and calls to stay in touch once or twice a month. He has also maintained continuous sobriety since 2002. 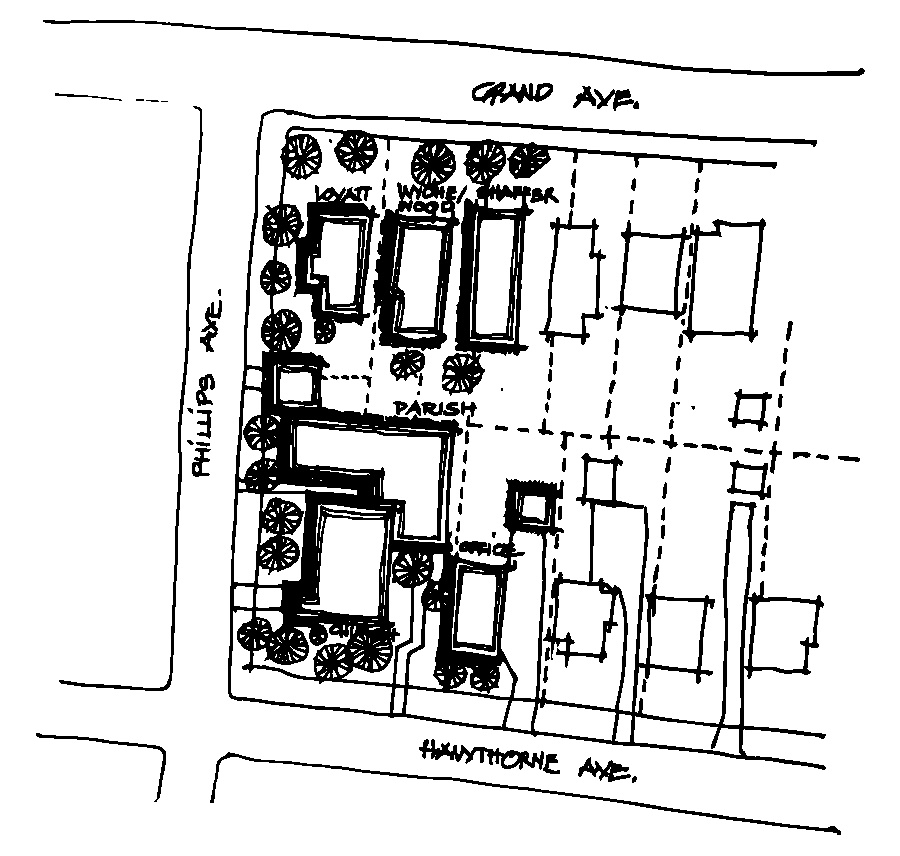